Sometimes, in our quest for wealth, we ignore the wisdom that is essential to obtain and retain our fortune. 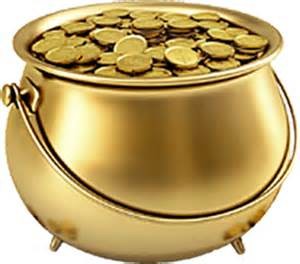 A man was traveling on foot when he saw two women walking ahead of him. One was very beautiful so he began to run to catch up with her. As a result, the women quickened their pace to keep their distance from him. (Certainly that is what I would do if a male stranger started pursuing me.) The man, in turn, became even more determined to meet this absolutely stunning woman. In fact, he became so fixated, he barely noticed the second woman.

Eventually, all three grew tired. The second woman sat down to rest but the first, albeit weary, continued to elude the man. Unable to go further, the man stopped and sat with the second woman and they began to converse. Quickly he discovered she was as smart as the first woman was beautiful and quickly fell in love.

Interestingly, as they continued to talk, the first woman stopped running and actually began to approach them. Eventually, she sat down and began to converse too.

The women in this story represent the Hindu deities, Lakshmi and Saraswati. Lakshmi is known as the goddess of wealth, fortune, beauty, fertility and auspiciousness while Saraswati is the goddess of wisdom and knowledge. As in the story, the more you chase wealth, the more it can evade you. But, when you switch your focus instead to wisdom, suddenly fortune sidles up next to you without any effort on your part. 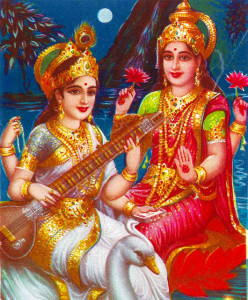 1 thought on “Even Goddesses Sometimes Play Hard to Get”